Planning permission was sought for a residential development at a site approximately 1.6 km southwest of the centre of Newtown in Powys. The site comprises 2 areas; one to the north of the A489 and one to the south, and at the time of the Application was being used to graze livestock. The flood vulnerability class of the area, as defined in the TAN15, was ‘less vulnerable’. The proposed site’s use for residential development has the classification of ‘highly vulnerable’.
The Mochdre Brook forms the eastern boundary of both areas of the site, which is an incised stream that flows northwards to its confluence with the River Severn some 165 m north of the site.
The site is mostly classified as Zone A as defined in Technical Advice Note 15 (TAN 15) and shown on Welsh Government’s Development Advice Map (DAM), where the probability of fluvial flooding in any one year is less than 1 in 1,000 (Annual Exceedance Probability, AEP <0.1%). A smaller area of the site along the eastern edge (adjacent to the Mochdre Brook) is designated as Flood Zone C2. This is an area where the probability of fluvial flooding in any one year is 1:100 (AEP 1%). Given that the site area exceeds 1 hectare a Flood Consequences Assessment (FCA) was required in accordance with TAN15 guidelines. 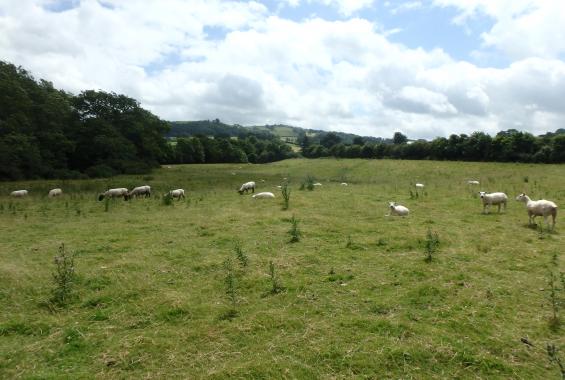 The risk of flooding both to and from the site was assessed by examining the likelihood of flooding, the hazard caused if the site were to flood and the site’s vulnerability. This was undertaken for a range of likely mechanisms using both quantitative and qualitative methods. A FCA was carried out by Hafren Water and feedback from Natural Resources Wales (NRW) indicated that relative to the scale and nature of the proposed development, hydraulic modelling of the Mochdre Brook was necessary. As such, an existing NRW model was obtained and further hydraulic modelling was carried out. This was to better understand risks associated with flooding and potential blockage scenarios for two bridges adjacent to the site. Model scenarios were run for 5%, 25% and 80% blockages of both bridges adjacent to the site in accordance with the NRW ‘Modelling blockage and breach scenarios’ guidance note.

Residential property is classified as ‘highly vulnerable’ development and is not considered to be acceptable in Flood Zone ‘C2’. The initial housing layout including an area of development within Zone C2. Following the outcome of the FCA the client was advised that if this area of housing be removed from the high risk Zone C2 area, the outcome of the Planning Application was likely to be more favourable.
Further challenges arose when NRW indicated that hydraulic modelling was necessary to prove that the proposed development was not at risk of flooding from the adjacent Mochdre Brook. Modelling work meant that the timescales for the project (and costs) were increased for the client. 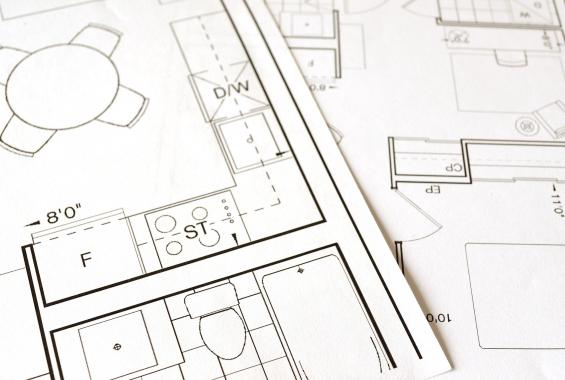 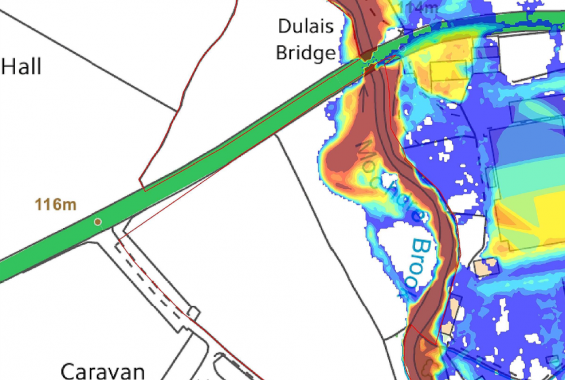 Completion of modelling for the Mochdre Brook and several bridge blockage scenarios showed that all areas of proposed development would remain dry during the design event; this being the 1 in 100 year event plus 25% Climate Change. Following submission of the hydraulic modelling outputs the Planning Application for both areas of the site were approved by Powys County Council in August 2017.